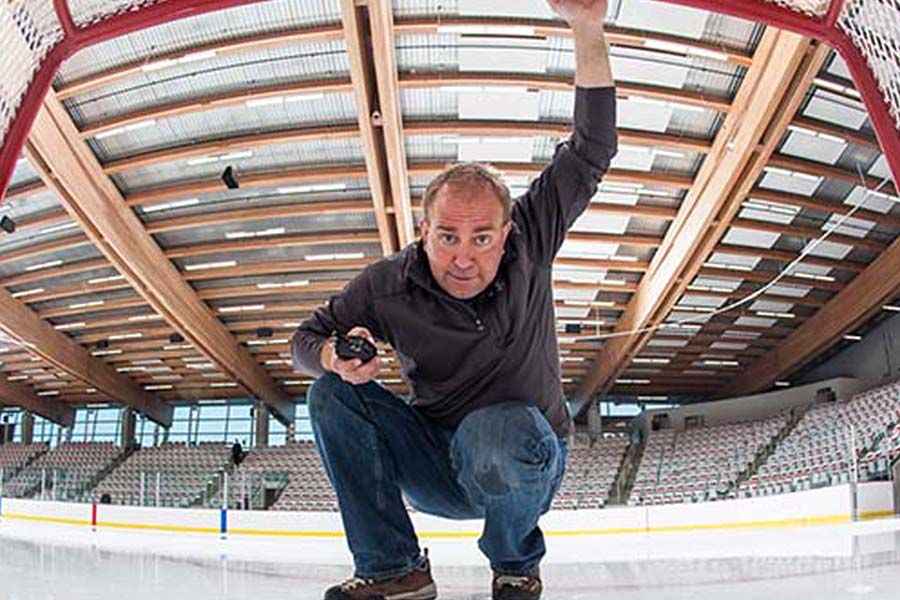 When Dave Holland began photographing sports for his high school yearbook committee, he did not know it could lead to a career. However, he has been fortunate to turn his passion into a position as the Canadian Sport Institute Calgary’s photographer.

Holland did not consider focusing on photography until 2009 when his friend, Jason Sjostrom, mentioned that the CSIC was in need of photos. Holland jumped at the opportunity and began shooting athletes in action at the bobsleigh track to begin fine-tuning his skills. The quality of his photographs resulted in his life-long dream of being a recognized photographer at the Sochi Winter Olympics in 2014.

Describing himself as self-trained, Holland developed his skills by studying the work of the best sports photographers. He admits that he still spends “a great deal of time in the trial and error department. But, it is just a matter of practice. Being around sport all the time really helps.” His true passion lies in photographing the best athletes in competition. He notes that his position with the CSIC is mutually beneficial, feeling privileged to have daily access to the athletes. Of this relationship, he says, “Every day I am grateful. I can't imagine any other place I'd rather be. The athletes and staff at the CSIC inspire me on a daily basis and their excellence pushes me to be the best.” Click here to see the new CSIC Training Video

Although he says that he has “many memorable shots because I know what our athletes go through to get where they are,” one of his favourite shots won the gold medal in the editorial category at the inaugural World Photographic Cup. The photo was of Canadian Alpine Skier John Kucera at Lake Louise. HolIand knew it was a good photo the instant he took it, a feeling that was reinforced when the shot became a two-page spread in Sportsnet Magazine.

Living by the motto, "It's not what you gather, it's what you scatter that counts," Holland has compiled a complete online catalogue of his work. Be sure to visit www.csicalgaryphotos.ca and www.daveholland.ca to see his remarkable work.