The Talent Behind the Lens 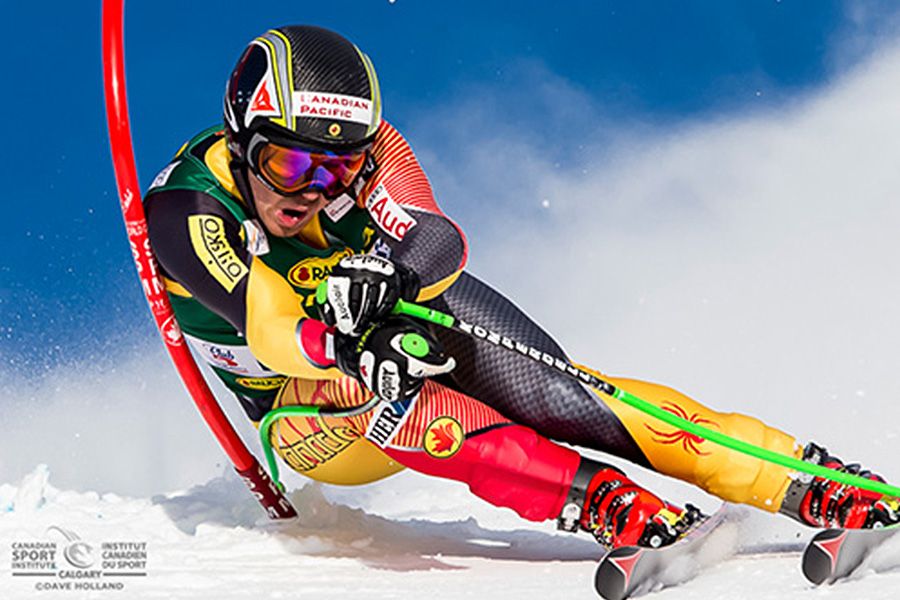 Dave Holland walked away from a career in the oil and gas industry when the full-time opportunity to pursue his lifelong passion for Olympic sport photography arose and was too good to pass by. After years of snapping sport photos as a hobby, the self-taught photographer earned his first ticket to the Olympics with SportsNet in 2014 in Sochi.

Since then, combining his passion for Olympic sport and photography, Holland has created a role for himself as the go-to photographer for the CSI Calgary, WinSport, and now the Canadian Olympic Committee (COC). It hasn’t been an easy path – his first two applications to the COC for media accreditation at the Olympics were denied. Fortunately, his unwavering persistence and quality work has begun to pay off.

As the CSI Calgary’s in-house photographer, Holland is afforded wide-ranging access to shoot events and athletes that other photographers simply do not have. The ability to capture the story behind the athlete beyond competition day is part of what sets Holland’s work apart. “I see what everybody does,” he explains. “I try to get the process behind it all, something different. So many photos are the same ones you’ve seen before. I want to showcase the athletes in a different way.”

A freelance photographer with no affiliation to any conventional agencies, he is breaking new ground – Holland has finally been approved for COC media accreditation at the 2018 Olympics and Paralympics in Pyeongchang. He is the first non-media outlet photographer to be accredited and he feels a deep sense of satisfaction in achieving this milestone. “I am the only full-time photographer in the country exclusively covering Olympic and Paralympic athletes,” he says.

Although he now works “three times the hours for a third of the salary,” Holland says there is nowhere else he would rather be. “It’s a labour of love,” he proclaims with absolute and heartfelt conviction. Lucky are the few who find and pursue their true calling in life – Dave Holland comes by his new vocation honestly.

Holland is driven by a deep desire to showcase Canada’s best Olympic and Paralympic athletes, a group he feels is largely ignored. “Working with athletes daily I have found that they are incredibly underserved in the media,” he says. Access to high quality photos from competition is a major hurdle for athletes looking for images to promote themselves. “I recall one athlete telling me that an agency wanted $800 for a photo from the Sochi Games,” says Holland.

This inadequacy resulted in Holland creating www.csicalgaryphotos.ca, a vast and comprehensive database of photographs. It allows mainstream media access to images that are unavailable anywhere else. To date there are around 10,000 images on the site. “I’m putting athletes on the map, getting them the attention and exposure they deserve,” says Holland.

Holland says three key things are necessary to capture a good photo – peak action, good lighting and a clean background. It’s about achieving a strong connection with the viewer that transcends words alone.

Holland recognizes that he is in a unique position to achieve this end and he approaches his work with the necessary humility. It took five years for him to develop the trust and relationships with the athletes he needed for them to welcome him into their world. “I know it is a job of extreme privilege, as I can come and go from the gym, the lab, the rink or the ski hill and every day I appreciate walking through the doors.”