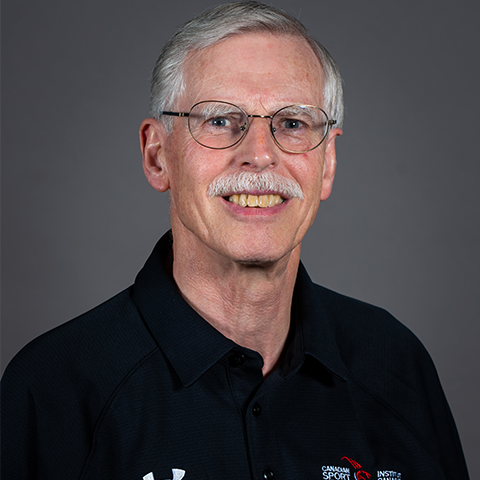 Dr. David Smith is Director of Sport Science for the Canadian Sport Institute Calgary and Professor Emeritus, Faculty of Kinesiology at the University of Calgary.

Over the last 38 years, Dr. Smith has worked as an exercise physiologist with Canada’s top coaches in sports including swimming, speed skating, volleyball, cross-country skiing, biathlon, women’s ice hockey, track cycling and track and field.  His expertise lies in testing and interpretation of physiological and biochemical data combined with the design of training programs for high performance athletes. He has spent 30 years conducting altitude training with Olympic athletes, working with coaches at many different altitude training camps around the world.

He has been a support staff member at both winter and summer Olympic Games and the London Games in 2012 was his tenth Games.  Athletes with whom he has worked directly have won 37 Olympic medals in six different sports.

David in the news Generating a Performance Solution: When the Unexpected Happens

There were moments along the road to recovery where cyclist…

Generating a Performance Solution: When the Unexpected Happens Hearts in the Game

There is a moment in sport when everyone but the…

Hearts in the Game Sometimes small changes can make a big difference. For the…

The Calgary Flames are well prepared for their upcoming season,…

Shane Esau and Tessa Gallinger did not set out to…